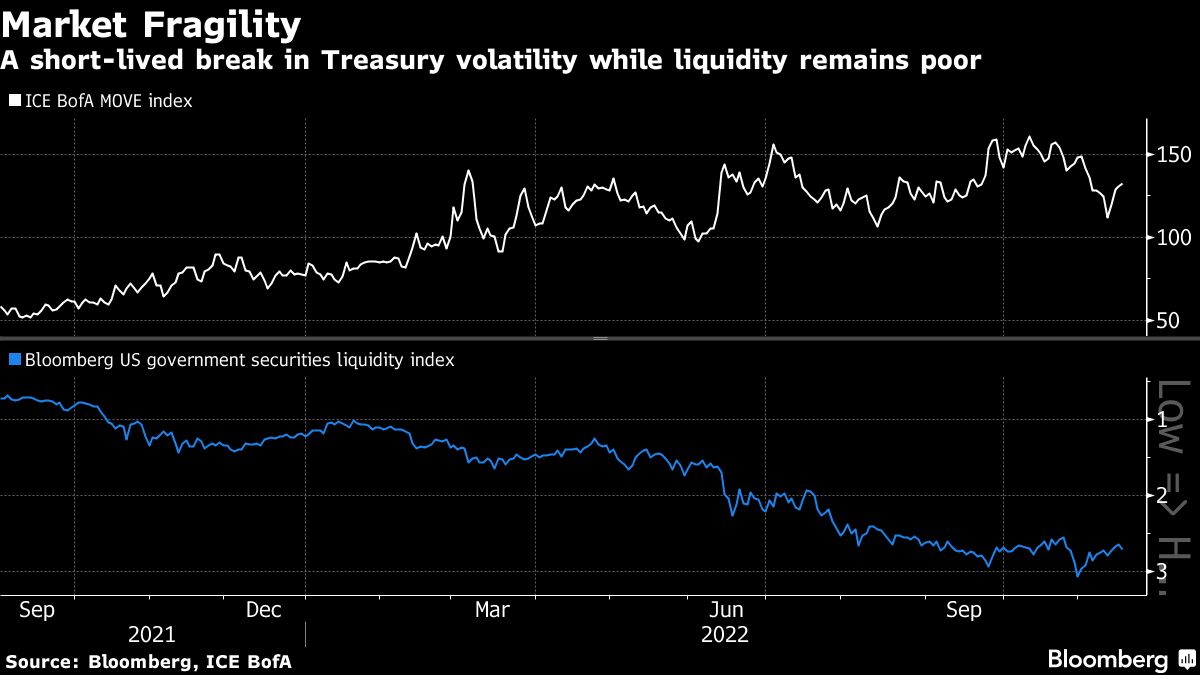 (Bloomberg) — As the bond market limps toward 2023, it faces the prospect of final chaos, exacerbated by the dwindling trading volume typical of the final weeks of the year.

The toughest period on record for US Treasury investors was also one of the most volatile, with frequent large daily swings in yields. Mostly it was about pricing in rate hikes by the Federal Reserve aimed at curbing inflation. Developments this week have made it clear that the turmoil could continue for a while.

The daily yield of the 10-year benchmark bond exceeded 12 basis points three times. One involved comments from St. Louis Fed President James Bullard on Thursday, who suggested a higher peak for interest rates than the current consensus of around 5%.

It wasn’t unusual. So far this year there have been 51 days of yield swings of more than 10 basis points, Beth Hammack, co-head of Goldman Sachs Group Inc.’s global funding group and adviser to the Treasury Department, said at a panel at New York’s annual Treasury Market Structures Conference in this week.

That’s too many, Hammack said, although such changes have arguably been too rare over the past 10 years, when the Fed has taken extraordinary precautions.

“The Treasury market is particularly volatile right now and liquidity feels thin,” she said. The ICE BofA MOVE Index, an options price-based measure of market volatility, resumed its rise this week after a month’s retreat from the highest levels since the pandemic began in March 2020.

Trade volume has increased this year, topping an average of $600 billion a day in recent months, Nellie Liang, the Treasury Ministry’s top domestic finance official, said at the same event. But it was boosted by investors selling off legacy Treasuries, albeit to a lesser extent than during the March 2020 market crash.

For investors like Matt Smith, investment director at London-based Ruffer LLP and recent buyer of 30-year bonds, Treasuries remain a short-term trade, despite the highest yields of the last decade. The rally halted by Bullard’s comments is “a reverse move in interest rates and I don’t expect it to last for very long,” he said.

Potential trouble spots between now and year-end lie mainly in the next four weeks, when November employment and inflation data will set the tone for the Fed’s December 14 policy decision. The minutes of the last meeting are to be published on Wednesday.

Bullard’s suggestion on Nov. 17 that 5% to 5.25% is the lowest level the Fed interest rate should eventually reach pushed the bond market to various new extremes this week, even as yields remained below their year-to-date highs. His comments came on the day after stronger-than-expected October retail sales data cast doubt on the effectiveness of the central bank’s six rate hikes since March.

The yield on the 2-year note, an indicator of near-term expectations for the Fed’s interest rate, rose, beating 5-year and 10-year yields by the most in a generation. Meanwhile, the 10-year bond slipped below the central bank’s target range of 3.75% to 4% for the first time in the cycle, another sign investors are anticipating economic damage that will require rate cuts.

“This is a market looking to trade future earnings today,” said George Goncalves, head of US macro strategy at MUFG, despite sub-optimal conditions. “Putting new money into work at this time of year doesn’t make sense.”

Dow Jones climbs 1,200 points in inflation report: Why market rally might have room to run 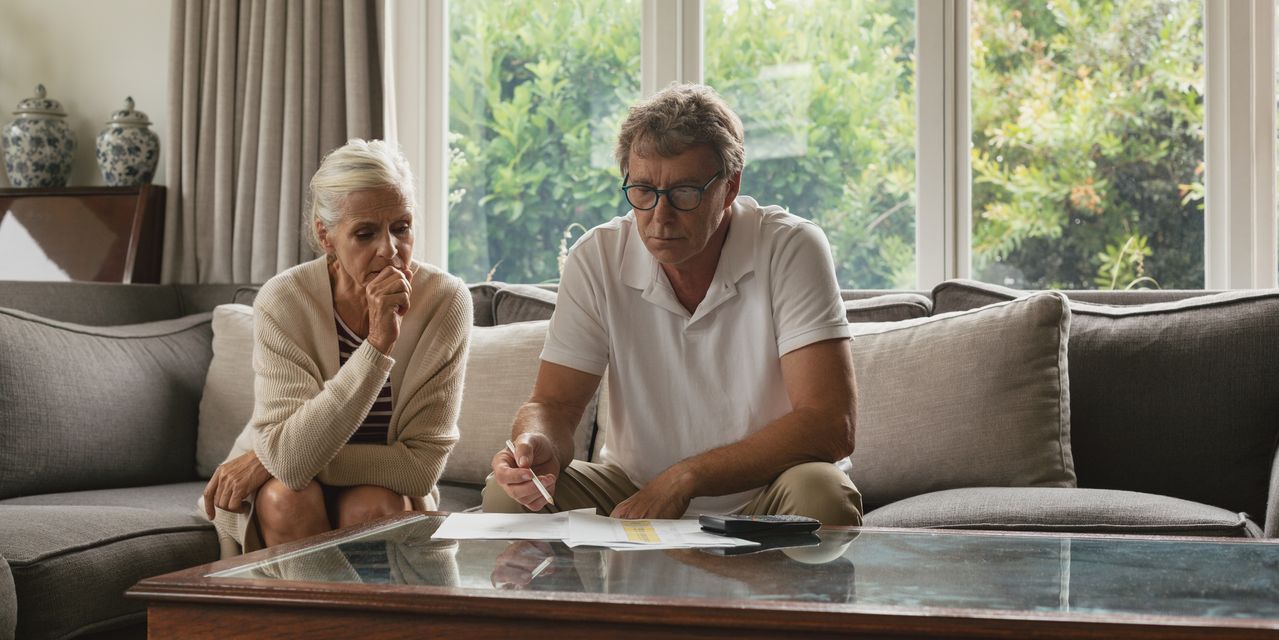 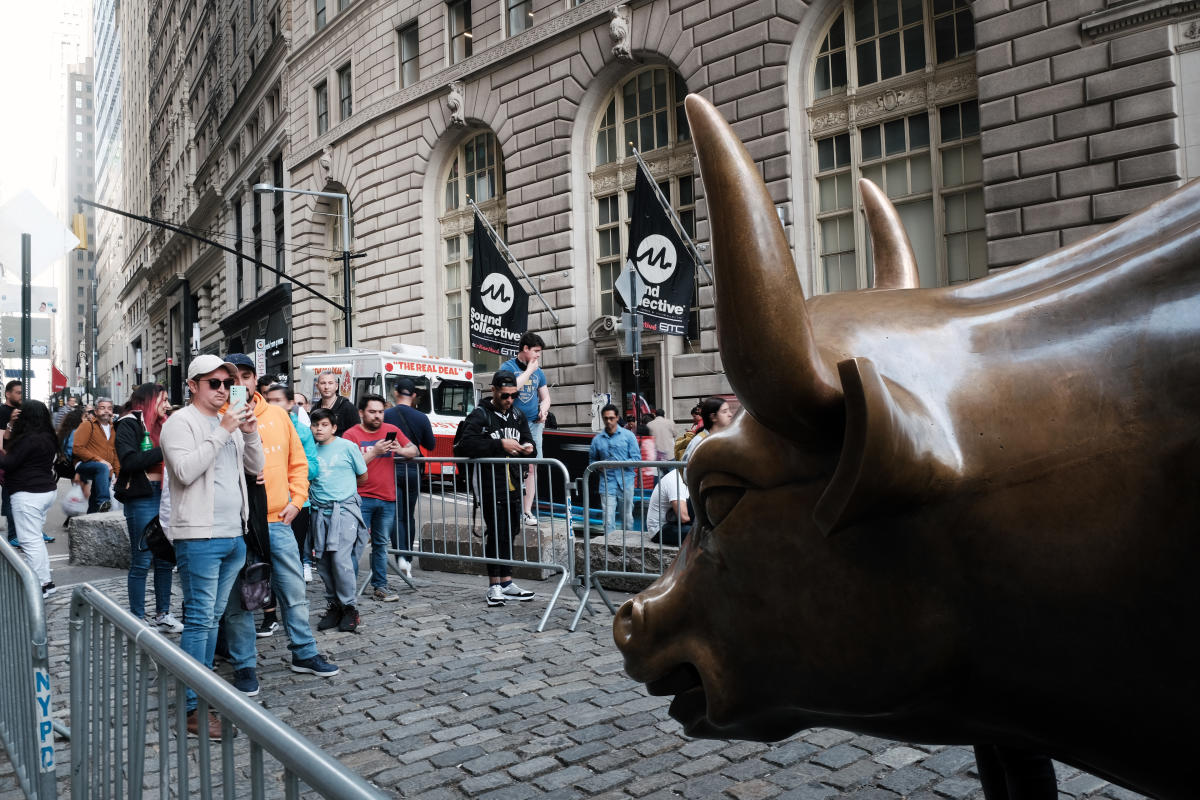