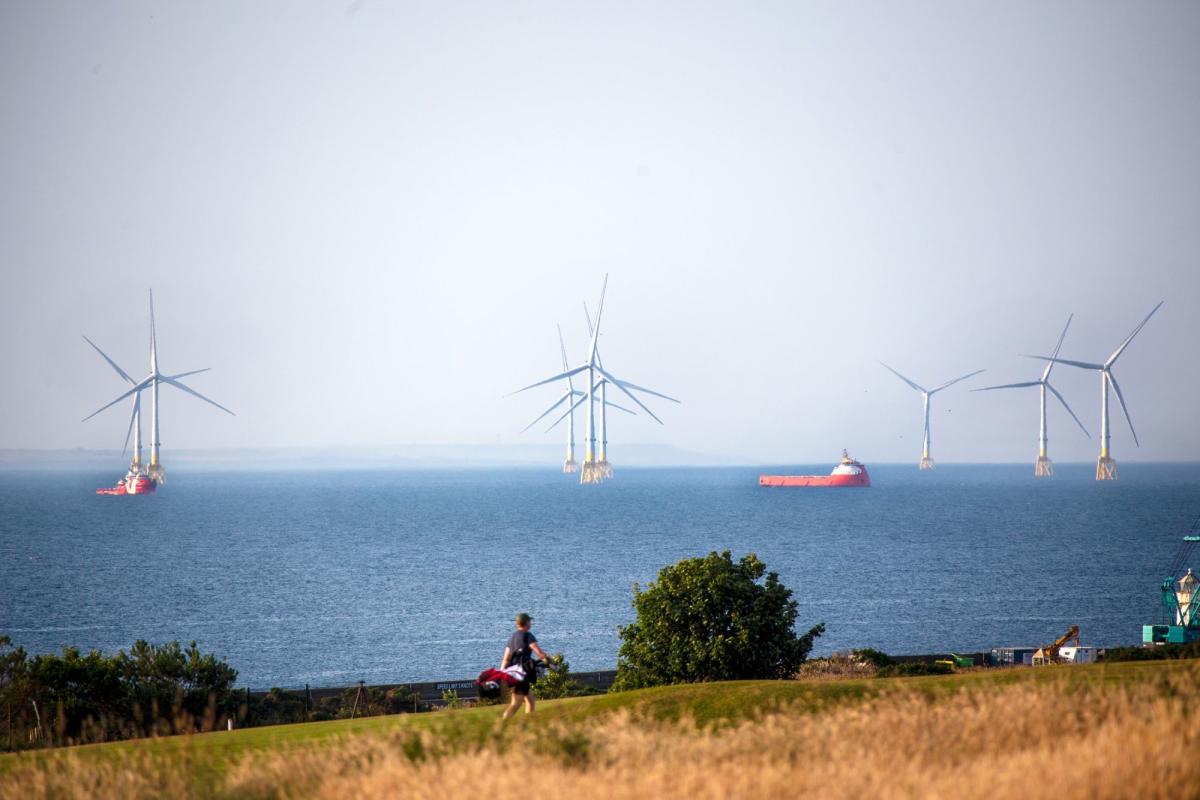 (Bloomberg) – Mark Carney, a former Bank of England governor and co-chair of the world’s largest climate finance coalition, has called on governments to create frameworks that encourage financial market participants to commit to cutting emissions.

Governments will play a key role in “unleashing” private funds, Carney said during a panel at the COP27 climate summit in Egypt on Wednesday. Policymakers should “align financial regulation with net zero” by making net-zero transition plans mandatory, he said.

Carney made his comments on the finance day of the summit, which will be a slimmer affair than last year’s in Scotland, after a number of prominent chief executives, including BlackRock Inc.’s Larry Fink and Citigroup Inc.’s Jane Fraser, opted to stay away. That’s because climate finance is facing growing hurdles.

An energy crisis and a changing political landscape in the US are making it difficult for banks and investors to turn their backs on fossil fuels. Financial firms are also increasingly nervous about the legal ramifications of joining net-zero alliances, with some in the US claiming such goals conflict with fiduciary duties. And in some cases, climate-finance alliances have even been compared to cartels.

Depending on the outcome of the US midterm elections, these legal risks may increase. But there is also a legal risk of making climate promises that companies don’t keep.

“Firms should be wary of getting caught up in unrealistic ambitions as this could expose them to both litigation and reputational risk if they fail to meet these commitments,” Sonali Siriwardena, Partner and Global Head of ESG at Simmons & Simmons in London.

GFANZ recently allowed members to ignore a UN-backed group Race to Zero that had proposed binding limits on fossil finance. It also assured signers that GFANZ sub-alliances are “subject only to their own governance structures.”

The alliance now has around 550 members representing approximately $150 trillion in assets. AllianceBernstein Holding LP, Northern Trust and Capital Group Inc. are among the latest additions to GFANZ’s wealth management subgroup, according to a statement Wednesday.

Read more: 10 things to see at the COP27 summit

Here are the latest developments. All times Egypt.

Kristalina Georgieva, executive director of the International Monetary Fund, said the finance needed to tackle climate change and the energy transition would not flow without changing the incentives for donors. And “the best incentive we have to move from high carbon intensity to low carbon intensity is carbon pricing,” she said.

The average price of carbon is $5 globally, but to be at levels that are “changing investment and consumer behavior,” it needs to increase to at least $75 a tonne by 2030, she said.

There is a funding gap of around $2.4 trillion compared to what is needed by 2030, and that represents “the most conservative figure,” said Mahmoud Mohieldin, UN senior climate change advocate at COP27.

Serious debt reduction mechanisms are needed, while multilateral development banks and international financial institutions must play a greater role in supporting such efforts, he said.

Mohieldin also said he was “very happy to see that a chapter of GFANZ for Africa has been established with serious consideration to be practical and to support a pipeline of projects”.

Africa’s common position at the COP27 summit recognizes the need for growth alongside the obligation to provide electricity to its 600 million people who lack access to energy, said Acting Executive Secretary of the UN Economic Commission for Africa Antonio Pedro. This energy shortage is why the continent is mining natural gas as a “transition fuel,” Pedro said in an interview with Bloomberg Television.

In the quest for so-called losses and damages — compensation by rich countries for damage done to developing countries because of global warming — Africa is also encouraging investment in renewable energy, Pedro said. As an example, he cited the Great Blue Wall Initiative, which aims to protect 2 million square kilometers of conservation and conservation areas along the East African coast.

A world plagued by inflation, rising debt and increasing climate impact needs development banks to get involved, said Egypt’s Finance Minister Mohamed Maait. “More funding at a reasonable cost and on reasonable terms,” ​​Maait said, would count as a success at COP27.

Egypt and Norway’s Scatec have signed an agreement on the sidelines of climate talks in Sharm El-Sheikh to start the first phase of a project to build a green hydrogen plant in the Red Sea. The plant in Egypt will have a capacity of 100 megawatts.

According to the Net Zero Asset Managers initiative, 86 investors have set initial targets for the proportion of assets managed in line with achieving net zero emissions by 2050 or earlier, with the total number of asset managers committed to net Commit to zero emissions, rising to 291.

This brings the total number of managers with such targets to 169, collectively representing over $55 trillion in assets under management, according to a statement by NZAMi on Wednesday. New signatories include Capital Group, Northern Trust and AllianceBernstein.

Zimbabwe signs deal with SkyPower for 500MW solar plant (7:47 am)

Zimbabwe has signed an agreement with SkyPower Global to build a 500-megawatt solar power plant, Acting Executive Secretary of the United Nations Economic Commission for Africa Antonio Pedro said in an interview.

The deal was signed at the COP27 summit in Sharm el-Sheikh, he said, without giving details.

Climate Trace, viewable in a web browser, includes a zoomable world map that displays and ranks the dirtiest 72,000 power plants, oil refineries, airports, ships and more. The group used satellite imagery and machine learning, as well as more conventional techniques, to build what they believe is the largest source of greenhouse gas emissions data available.

Climate change could cost Africa two-thirds of its GDP growth (2:01 am)

A new study shows that global warming could cut Africa’s economic growth by two-thirds by the end of the century unless significant investment is made in adapting to climate change.

Current climate policies are likely to result in temperatures exceeding the pre-industrial average by 2.7C, which will curb Africa’s growth rates by 20% by 2050 and 64% by 2100, Christian Aid said in a report published on Wednesday. Even a 1.5°C rise in temperature would reduce growth rates by 34% by the end of the century, it said.

While Africa is responsible for about 4% of the emissions warming the planet, it is already being hit hard by a changing climate. Devastating cyclones and floods have hit south-east and west Africa this year, while the Horn of Africa is in the midst of its worst drought in four decades. 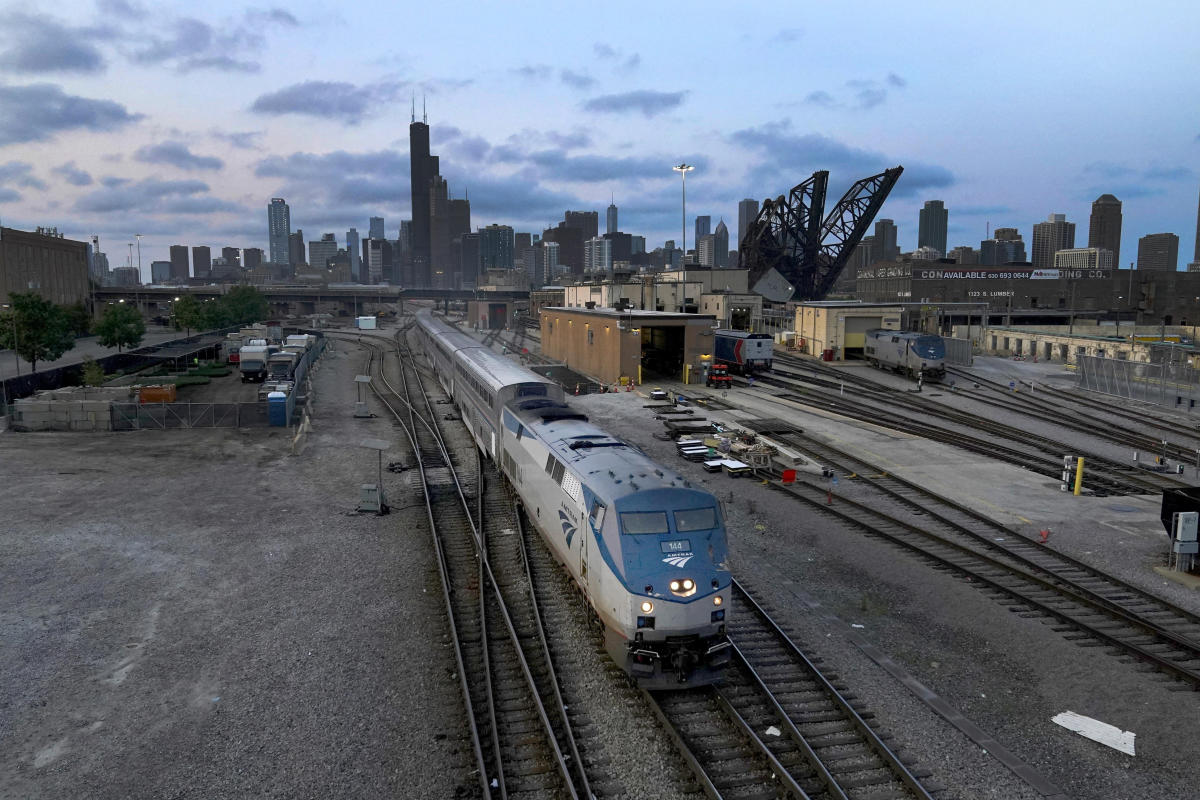 Train strike would have far-reaching effects on the US economy 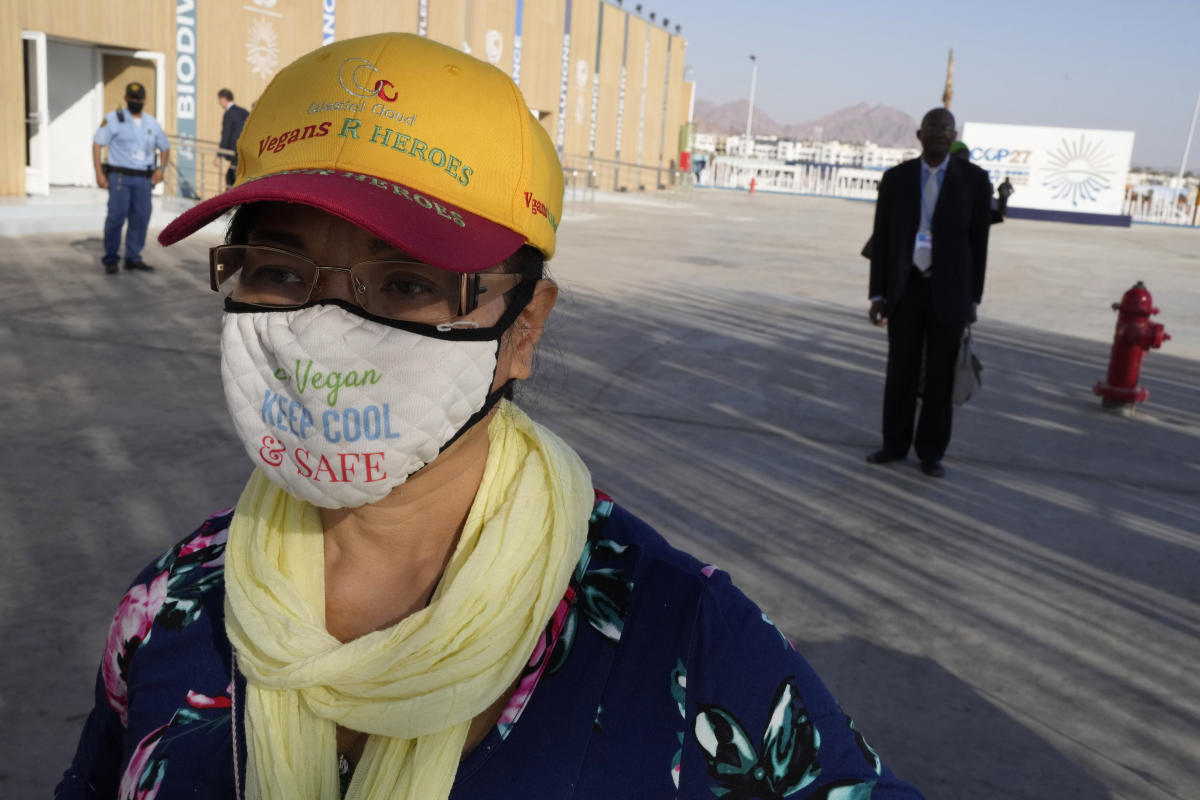