Pitt defeated Duke 28-26 on Saturday afternoon and improved to 7-4 this season. The Panthers fended off a late Blue Devils push and came with a clutch stop on a two-point conversion from Duke to retain the win on Senior Day at Acrisure Stadium.

Pitt has now won three games in a row and will wrap up the regular season with a trip to Miami next week.

Here are five takeaways from Pitt’s win over Duke.

I feel like this has been a takeaway for most of Pitt’s wins this season. Yes, they’ve found ways to win this year, but they seem to be looking for ways to lose. I think that sums up perfectly what happened at Acrisure Stadium on Saturday. The Pitt special teams allowed a punt to be blocked, mishandled a snap that set Duke up for a score, and also roughed up their punter, which also kept a drive alive. It was a comedy of mistakes by Pitt throughout the game that even kept Duke close, but it all resulted in them having to hit a two-point conversion stop to win the game.

I’ll spare you the suspense, Pitt got a much needed stop and won the game. Duke attempted to play a Philly Special game to even the game, but Pitt wiped it out almost immediately and the game never really stood a chance. It was a crucial stop at the most important point of the game and Pitt made that play.

That’s all well and good, but it must be a little uneasy for Pat Narduzzi and his coaching staff that it’s come to this in the first place. The Pitt offense rallied just 8 offensive yards in the fourth quarter and failed to get a first down on their last possession to thwart the game and to make matters worse they botched the punt attempt and Duke got the ball deep in Pitt’s territory. The Pitt defense put Duke in a 4th and 18th situation, but Blue Devils quarterback Riley Leonard hit Jaylen Coleman with a touchdown with 47 seconds left.

Pitt got the two-point conversion stop and recovered from the onside kick attempt and walked away with the win. In the end, that’s all that really matters, but some shaky coaching and execution in the fourth quarter on Pitt’s part really made this a lot harder than it probably needed to be.

A story in two halves for Kedon Slovis

I really thought Kedon Slovis played a good half of football against Duke on Saturday. His first half was 8 of 17 for 127 yards and 1 touchdown. Slovis should have had more yards and completions, but a few dropped passes didn’t do him any favors. Despite all that, Slovis had one of his most impressive drives of the season to wrap up the first half and give Pitt the lead.

Pitt drove the ball 71 yards in 10 plays in a well-executed two-minute drill from Slovis. He hit Bub means for a 15-yard drive, connected with Konata Mumpfield with an 11-yard pass. Slovis also ran for a first down, something we didn’t see much of, and connected with Jared Wayne for completing 24 and 15 yards, the latter of which went for a touchdown.

I say that in all sincerity, it looked good. This possession looked like it should count as an attack. They played with speed, distributed the ball and were efficient.

Then the second half happened. Slovis actually had some rhythm after half-time and marched Pitt into Duke’s red zone, but a Gabe Houy penalty backed them up and Slovis threw an interception on the next game. It looked like Slovis was waiting for his receiver to get the ball back, but Israel Abanikanda kept running.

It was a mix up of routes, things like that happen, but his second interception was much worse and hard to excuse. Once again Pitt had a small drive with two first downs but on the 3rd and 5th Slovis scrambles and tries to improvise and hit Karter Johnson but the Duke player reads it all the way. The offensive seemed completely out of whack thereafter as he finished 1-5 after the second pick. The play calling was obviously designed to keep ball and clock going, but there also seemed to be a lack of confidence in throwing.

Kedon Slovis has started 10 games as a Pitts quarterback through Saturday and previously had a winning run at USC. I think we should probably be past the point where we should be looking for small positives in his performances, but unfortunately that’s been the case for the Panthers quarterback this season. Pitt scored another win on Saturday but without much support from QB1.

The Pitt defense wasn’t as dominant as it had been against Syracuse and Virginia for the past two weeks, but it was that side of the ball that made the way for the Panthers. Pitt limited a strong Duke rushing charge to just 63 yards and stopped Riley Leonard from hitting her with his legs.

After scoring two touchdowns last week, the Pitt defense pulled off another defensive score today. This one also turned out to be a little more important. While Pitt held onto a 20-14 lead early in the fourth quarter, senior defenseman David Green cleared a ball and safety Brandon Hill pounced on it and took it for a 30-yard touchdown. That sequence gave Pitt a two-touchdown cushion, and they needed all of it after Duke made a late comeback attempt.

The Pitt defense also came up with the big play on the two-point conversion attempt to also seal the win. They made clutch plays.

The defense had a few mistakes. Duke wide receiver Jordan Moore made countless big plays en route to a 14-catch, 199-yard tag. The Pitt defense had a cover collapse that led to his 49-yard touchdown when he was at it the whole time. The Panthers also glitched on the final touchdown, where they allowed Duke to score with the play on the line on the 4th and 18th attempt.

At this stage of the season, of course, you want to avoid those dips in coverage, especially in the fourth quarter. But apart from those mishaps, it was a largely clean game for this defence. Both of Duke’s first-half touchdowns were set up by special teams errors, or else the game might never have been close.

Pitt considered Duke below his season average for all-out offense, rush and goals. It was a solid performance and barring a few late-stage crashes, I think most would put up with that kind of effort.

It’s still crazy how the pandemic is still being felt in college football in small increments two years later. The year 2020 was one we’d probably all like to forget, but the one thing it did to the sport was give every player who played college football that season an extra year of eligibility.

The extra year has helped certain teams and players, but it’s also created a lot of uncertainty for roster management. Pitt lists 29 seniors on the official roster as of today, and we can only be certain that eight of those players will move on after this season.

Erick Hallett went to Senior Day, he said after the game he wasn’t sure of his plans for next season. David Green and Jared Wayne did not attend the pre-game celebrations, both saying they were also undecided. Nothing is set in stone for next season, and perhaps we can get more clarity on what some of these seniors are up to during next month’s bowl practice.

I think this team has a lot of interesting debates and decisions ahead that can have a big impact on them in 2023. Pitt’s leading passer and receiver may return next year or move on. The Panthers could bring back star defensive players like Habakuk Baldonado, Sir’Vicea Dennis and Erick Hallett or test their future in the NFL.

There’s just a lot of uncertainty today about the status of next season. It never really used to be, but the COVID-19 pandemic, which is giving everyone that extra year, has left things in the dark. I think Pitt has a lot of work to do to be a good team next year, but a lot of what might be in store for them next season could be fixed if one or two guys decide to stay an extra season. It worked out well for guys like Damar Hamlin and Kenny Pickett, maybe there’s another Pitt player out there waiting for a final drive to remember.

Pitt can finish strong next week

Pitt is 9-1 in the last 10 games it played in November of the 2020 season. The Panthers are 3-0 in November 2022 and continue on that current three-game winning streak into Thanksgiving. On the other side of this holiday are the Miami Hurricanes.

Miami will go into the game with a 5-6 record after being picked by many to win this season’s ACC Coastal. If you didn’t think Miami would win the division this year, then you probably thought Pitt would be the team for it. This game was supposed to be marbles for everyone this year, but neither team lived up to the hype. One is 7-4 while the other is hoping to be bowlable on Saturday.

Maybe those pre-season rankings don’t really mean anything, do they?

Pitt has a chance to win next week and produce an 8-4 regular season and given the terrible month of October I think this is a solid end to the year. Ending the regular season with four straight wins doesn’t excuse an overall disappointing season, but it does help move things a little better into next season…I think.

Miami is not a great team. They really haven’t been a great program for a long time. These aren’t your dad’s Miami Hurricanes. Filled with coaching changes every few years, this version of the program promises to be “back” only to find they’re not “back” almost every time.

Miami is a pretty mediocre team in a mediocre league. They’re no different than anyone else in the ACC Coastal Division these days, but for some reason Miami just owned Pitt.

Pitt is 11-29-1 all-time against Miami. The Hurricanes have beaten Pitt four straight times since Kenny Pickett upset them in 2017. In fact, since Pitt’s win over Miami during the 1976 national championship season, the Panthers are 3-22 against Miami. Of course there were great teams from Miami, but not so much lately.

Pitt’s magical 2021 season, which very easily ended 11-3, could very easily have been 12-2 had it not been for a loss to a 7-5 Miami team. The soul of the 2019 Pitt team was shattered a little in a 16-12 loss to Miami. The Hurricanes were a thorn in Pitt’s side under Pat Narduzzi. They have a chance not only to win a fourth straight game next week but also to exercise some demons against Miami. 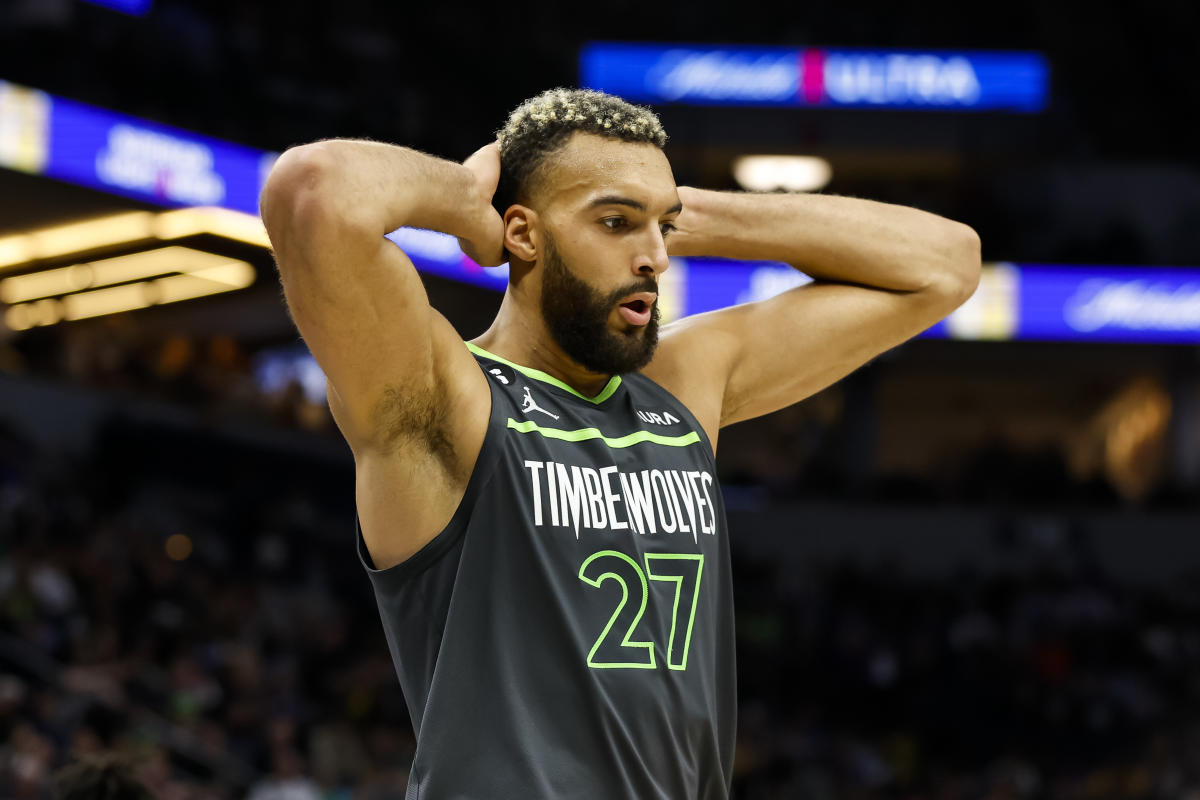 The Minnesota Timberwolves’ swap for Rudy Gobert is a bitter disaster 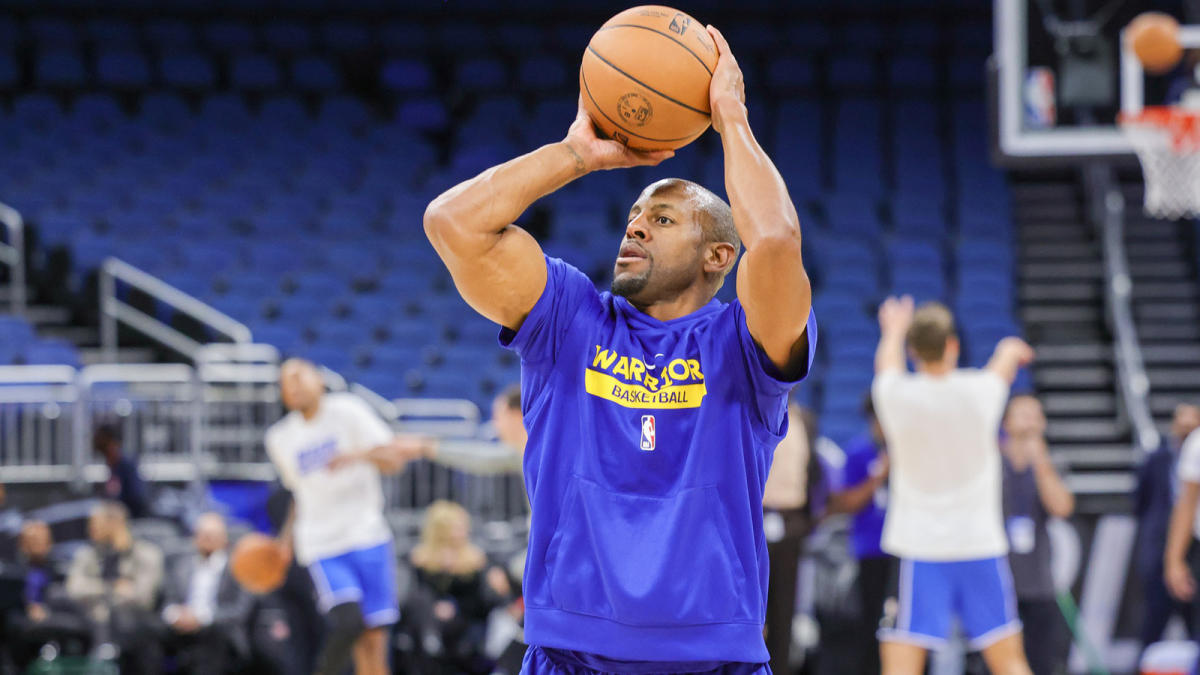 Andre Iguodala, Donte DiVincenzo injury updates ahead of the Warriors-Cavaliers 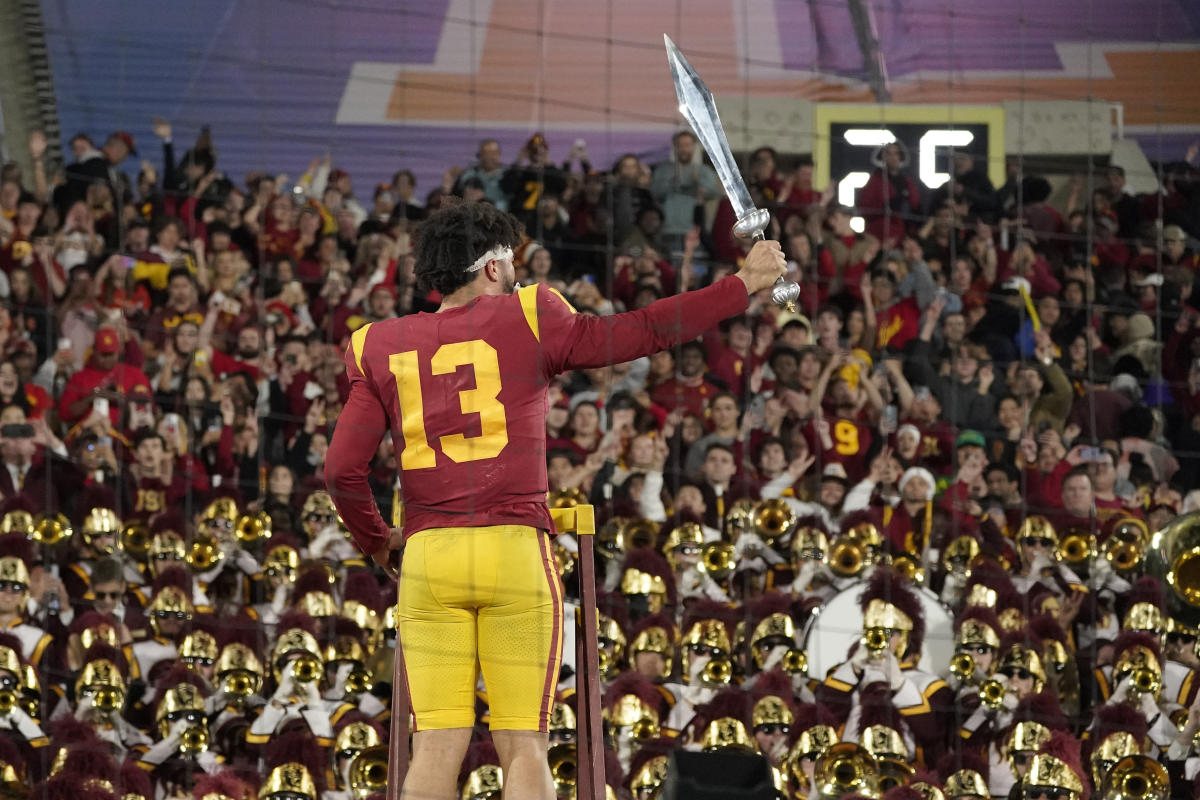