It will be a 3-0 team battle today as the Pitt Panthers take on the Duquesne Dukes at the Petersen Events Center. If you haven’t had a chance to see the Pitt women’s team play, you’re missing out. They play disciplined but exciting basketball that deserves more attention. To shed some light on this, I’ve compiled my first impressions of the starting lineup to introduce the key contributors.

Channise Lewis – Graduate Guard: Lewis will be in the starting XI as long as she stays healthy. The former high school top 100 player (No. 55 in 2017 per ESPN) and Maryland Terrapin once looked like she might be forced to retire from basketball due to multiple season-ending knee injuries. But her addition to the Panthers in early May has allowed teammate Dayshanette Harris to slip into the off-guard position, opening things up for her and the team.

Lewis is a consistent lead guard, driving either to finish or to create for others. She moves the ball in halffield and often helps connect passes to open teammates. Lewis has good vision on transitions, chasing open players or bringing the ball forward so they can play for someone else.

At half court, she was a stunning three-point shooter in three games, hitting 5 of 11 attempts (45.5%) so far. Defensively, Lewis held up pretty well in attack. Her ability to move laterally will be put to the test in the ACC game, but she has plenty of time to prepare.

Dayshanette Harris – Senior Guard: Harris is one of one for Pitt. As a three-tier scorer that charts the Panthers’ lonely path down the starting lineup for real shot-making from dribbling, she plays with an intensity and fire that helps forge the team’s identity at both ends of the parquet.

When the Panthers need a rebuke, they turn to Harris. And if she can get her efficiency into the low 40s, that would go a long way toward raising the team’s ceiling. On the plus side, Harris has seen their average earnings per game fall each season. Leadership can’t be measured, but if she can pull it all together in her senior year, it’s hard to imagine this team not having more than two conference wins this season.

Maliyah Johnson – Second Striker: There probably won’t be a better player in the squad than Johnson. She’s a statistician who does a little bit of everything for this Pitt team: 10.7 points per game, 5.7 rebounds per game, 1.7 assists per game, and 1.3 steals per game.

Always ready to shoot, whether on the halffield or in the switch position, Johnson extends the ground from the forward position while still assisting on the rinks. While three-pointers account for nearly 62% of her total attempts, she can put the ball on the floor and make it all the way to the basket. Like Harris, it’s important that Johnson maintain reasonable efficiency for this Panthers team to fulfill its potential.

Amber Brown – Senior Forward: Nobody attacks the offensive glass like Brown. Against the Bryant Bulldogs, all three of their rebounds were on the offensive end; She’s the only player for Pitt with more offensive than defensive boards.

Brown has a nose for the ball and has no problem mixing it deep on put-back attempts. She also has a decent open game and can put the ball on the floor with her right hand to work her way to the edge and try to finish it. Similar to the Connecticut Sun’s Alyssa Thomas, Brown is very efficient from the field — 12 of 17 (70.6%) — as a player mostly trying to score within five feet of the basket. Like any panther, it seems, she’s a willing passer and can initiate the quick break.

Liatu King – Junior Forward: The only player averaging at least 10 rebounds per game (10.7), King clears the glass on both ends for a team that doesn’t have top-end stature. She also leads teams in blocks of two per game and is their most reliable defender.

Like Brown, King enjoys offensive boards and put-back attempts. She can also get to the brim on rides and also has a nice jumper up to 15 feet. King and Brown work well together in their high-low game and can perform both roles seamlessly. Despite this, their abilities overlap in many ways; they also complement each other.

Gabby Hutcherson – junior forward: Hutcherson, a former Ohio State buckeye, started the first game of the year and was one of the first players off the bench in the last two competitions. Her range extends beyond the bow, and she can use dribbling to create space or to get to spots on the ground where she can comfortably shoot.

Much like Brown and King, Hutcherson and Johnson also share a connection. In contrast to the first pairing, the latter two do their perimeter damage a la many a two-man game. There’s certainly a way for Hutcherson to get back into the starting lineup, but she’s firmly cemented her role on the team as a Katie Lou Samuelson-type player.

Before I tackle my two favorite sets Pitt has skated, I’d like to briefly touch on how I think this rotation is progressing:

I don’t think head coach Lance White will be leaving with 11 players once the conference starts. This is just my top 11 with Ezeja, Clesca and Strother currently looking in from the outside in.

The Panthers like to run with two forwards and either a third forward like Johnson and Exanor and/or a larger guard like Strickland and Malcolm. Harris is unique and so is Lewis; I think Hayford did a good job as a backup point guard.

Horns Stagger Away Flex for King:

It starts with a Horns look from two of the forwards, usually Brown and King. Either Johnson or Strickland use the offset screens or simply make an Iverson cut above the free throw line to get a pass down the wing. The off guard, almost always Harris, deploys a flex, cross, or rip screen depending on how King’s defender positions himself while the above occurs, freeing King to left block, preferably on a switch with Harris’ Defender. King likes to work here best.

The timing is wrong in the final sequence above, but Pitt is able to flow right into a high post entry to Brown, who comes all the way to the basket for a layup.

Sometimes the flex screen is set (second sequence) and sometimes it’s more of a ghost screen (first sequence), since the timing before the pass into the high post still has to lead to a Horns look. Once the pass is executed to the high post, the player passing the ball comes immediately and gets a surrender (get action) while the player receiving the pass raises over the three-point line. Either way, Strickland gets the pass back after she takes off. As one of the most explosive players on the team, that gives her a lot of room for manoeuvre. An instant three-pointer is available, or a pass in King after she detaches from the cross screen.

Hopefully that gave you a reasonable overview of the players currently contributing the most minutes for the team and some of their offensive sets. I was planning to include a “Way to Playtime” section here to talk about Hayford, Exanor, Strickland, Malcolm, and Washenitz. But that has to be another part where I’ll include the team’s transition philosophies as well as a breakdown of what they like to do defensively. If you like this analysis of the women’s team, please let me know on the forums or on Twitter. I plan on doing 4-6 of these during the season but would be willing to do more if there is demand. 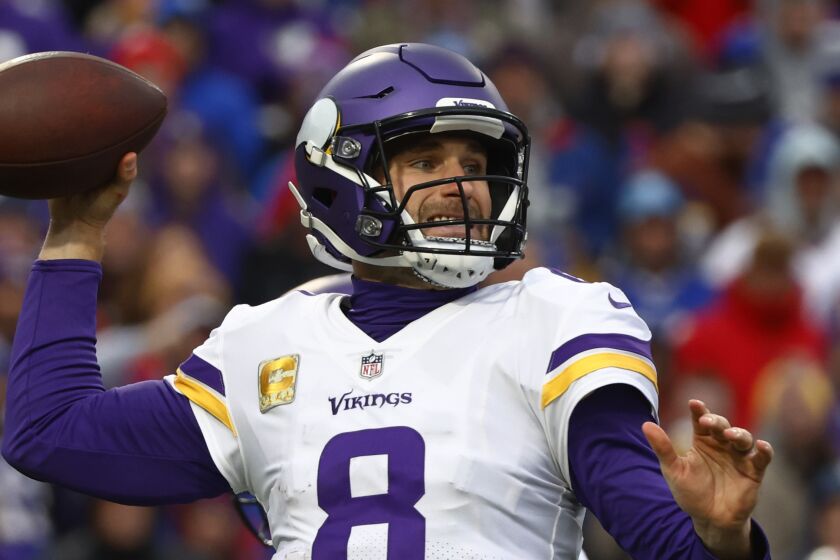 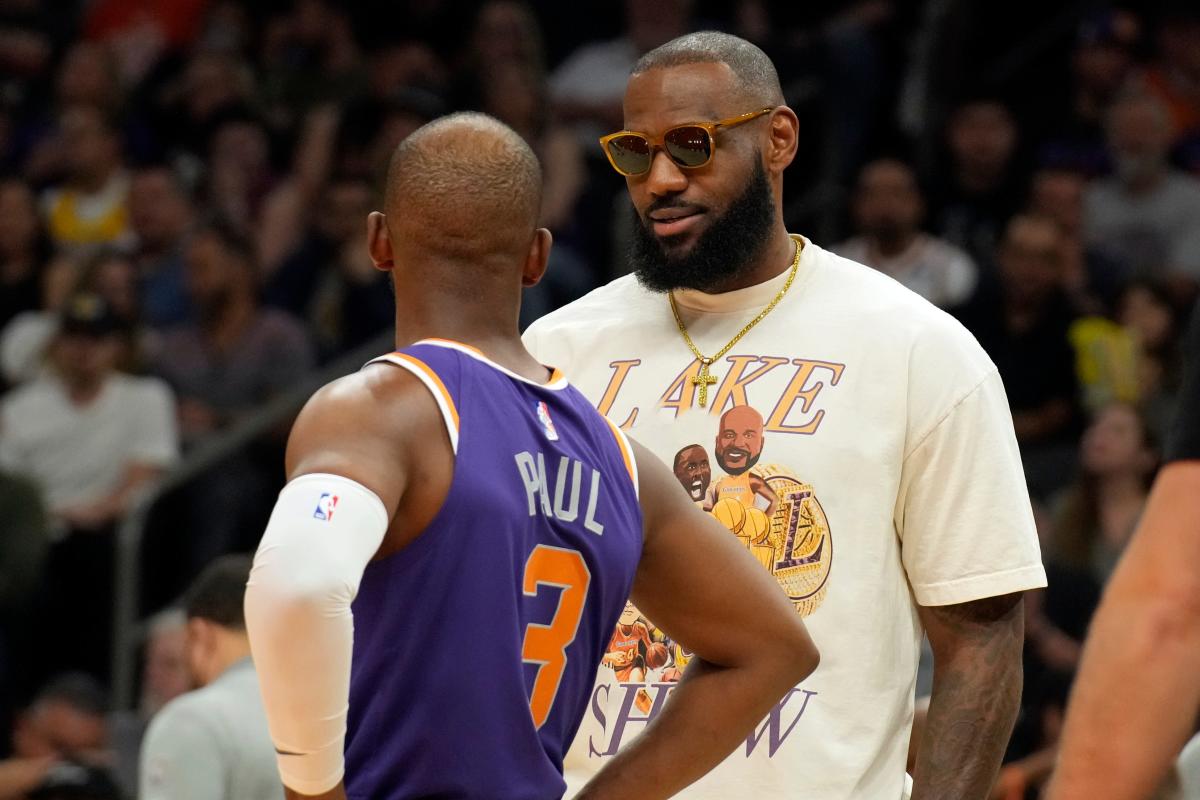 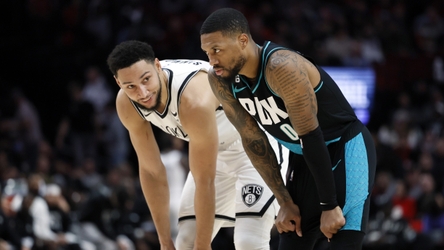